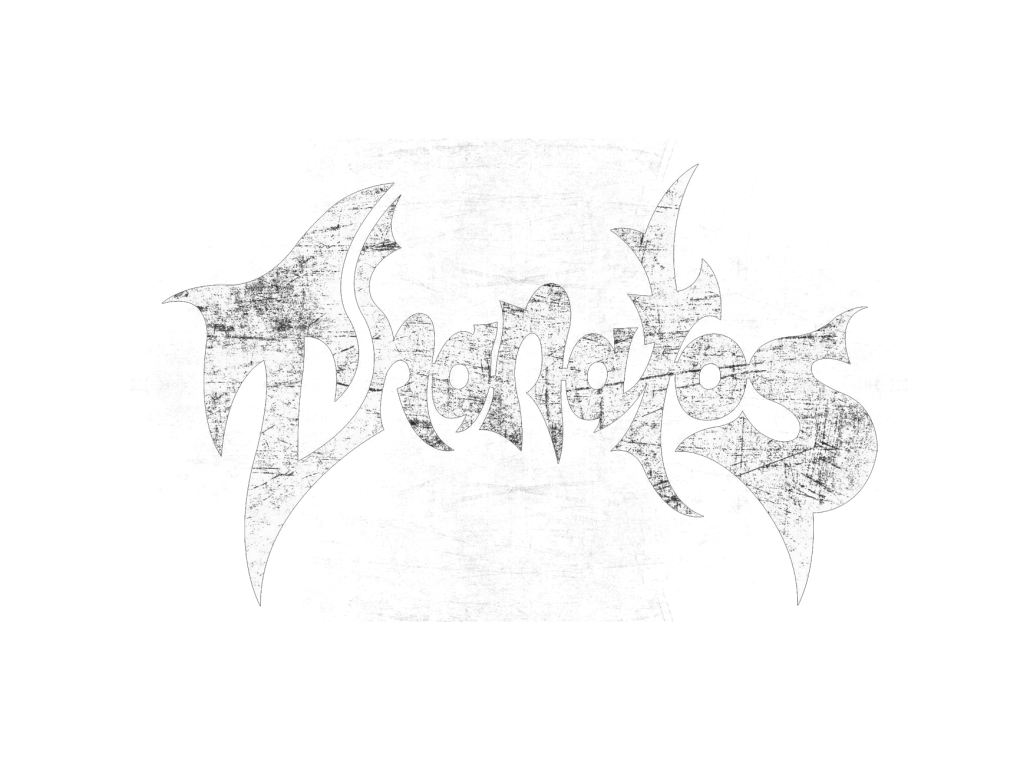 When THANATOS emerged in the metal scene of the early 80’s of the previous century, ‘metalheads’ were still more or less seen as outcasts. Both the fans and the music itself were raw, unpolished and there was a huge ‘us against the world’ feeling. We were at war with the establishment, organised religion and disco. The latter turned out to be the least dangerous enemy, but hey, we’re talking about the eighties, right?!
The current metal scene has lost a lot of its rough edges. A lot of bands have adopted a polished, plastic sound and a somewhat happy, politically correct attitude. Thank god, or rather Satan, for bands that still choose to go against the grain, stir up some controversy and never let go of the ‘us against the world/fuck the mainstream!’ attitude.

Bands like THANATOS…an illustrious name that has been haunting the Underground Metal scene since the beginning of 1984. After several demo tapes and line-up changes, Thanatos released two classic Death/Thrash Metal albums in the early 1990’s via the notorious Shark Records: ‘Emerging From The Netherworlds’ and ‘Realm Of Ecstasy’. The band shared the stage with the likes of Kreator, Sepultura, Death, Napalm Death, Bolt Thrower, Autopsy and Death Angel to name but a few.
In 1992 Thanatos split up due to a variety of reasons but was revived in 1999 by founding member Stephan Gebédi featuring a new line-up. The third Thanatos album, ‘Angelic Encounters’, was released in 2000.

In 2002 the band recorded four new songs and two cover songs in a small 8-track studio to attract some interest from record companies. Baphomet Records/Red Stream released these recordings as the ‘Beyond Terror’ Mini CD.

In 2004 Thanatos released ‘Undead. Unholy. Divine.’. This album was mastered by Attie Bauw, the man responsible for mixing Judas Priest’s classic ‘Painkiller’ album amongst others!

At the end of 2006 Stephan formed Hail of Bullets which grew into the monster we all know but that none of us had expected. Guitarist Paul also joined the reformed Asphyx. In the years that followed, all band members were extremely busy with their other bands/projects, but in 2009, a quarter of a century after the band’s first incarnation, ‘Justified Genocide’ was finally released.

In 2012 Thanatos signed a deal with Century Media Records to re-release their complete back catalogue and in April 2013 Century Media offered the band a new album deal.
To coincide with the band’s 30th anniversary in 2014, Thanatos released their 6th full length studio album upon mankind. Produced by the band themselves and mixed and mastered by Dan Swanö, ‘Global Purification’ saw the band outdoing themselves in terms of power and sheer aggression.

2019 marked the band’s 35th anniversary and what better way to celebrate this than by signing a new record deal?! 2020 sees the release of their 7th full length album ‘Violent Death Rituals’, once again mixed and mastered by Dan Swanö. This is the first album for new label Listenable Records as well as the first Thanatos album featuring drummer Martin Ooms and bass player Mous Mirer.
And although this album was a pretty tough one to make due to a lot of unforeseen circumstances, this is definitely an album to be proud of.